A key to meeting the growing demand for food will be a global shift towards more sustainable agricultural systems that reduce environmental footprints at the same time as increasing food production.

With the world’s largest population, China is facing one of the greatest challenges of this century to continue to increase annual cereal production and ensure food security. At the same time as arable land is decreasing and resources are limited, China needs to maintain or improve soil fertility, and protect the environment which is essential for future sustainable food production.

For more than 15 years, the Norwegian Institute of Bioeconomy Research (NIBIO) has collaborated with Chinese partners on food security, food safety and environmental research.

In August this year, scientists from NIBIO and Chinese partners met in Harbin for the 1st annual meeting of the 4-year project Sinograin II, to exchange knowledge, strengthen friendships and plan the next steps. The project is a step forward, phase II of the work done in the previous project called Sinograin I. Several technologies developed by NIBIO will be validated and implemented in selected locations in China in Sinograin II.

Precision farming to reduce fertilizer and pesticide applications is one of the technologies that has proven to have great environmental and economic benefits in agricultural production in Norway. Sinograin II focuses on implementation of climate smart agriculture and the application of precision agriculture measures in an effort to improve productivity, food safety and sustainability in Chinese agriculture.

The project is funded by the Norwegian Ministry of Foreign affairs, through the Royal Norwegian Embassy in Beijing, and led by NIBIO - with six Chinese partners participating.

Example of what can be achieved

Marte Torskenæs, Counsellor for Development at the Embassy, has followed the progress of the Sinograin II project from the beginning.

She says the collaboration between NIBIO and the Chinese partners is a great example of what can be achieved in international development projects and points out that collaborations such as this are an objective for Norway in the process of reaching the UN Sustainable Development Goals (SDGs):

-Norway is strongly committed to supporting sustainable food production, nationally and globally. Recently, seven Norwegian ministers co-signed an action plan re-emphasising the need to support more sustainable food systems. It is necessary to think holistically about food production in a changing climate and in a world where we still face serious hunger issues, Torskenæs says.

-The collaboration here with Norwegian and Chinese partners is a very good example of what is actually possible to achieve when we are working together and developing and applying new climate smart technology, she adds.

The Embassy development counsellor emphasised that sustainability is a major concern both to Norway and China, and that Sinograin II is a great contributor in achieving the goal of food security.

-What we have seen in the first exploratory phase, and now in the second phase, is that this project is a good example of concrete measures in achieving SDG 2 on ending hunger.

-There is a lot we can learn from each other. This is an excellent example of the future of development cooperation; you have scientists and experts meeting and sharing experiences and sharing research on climate smart technologies and agricultural precision technologies in different climate zones.

She believes this will be both useful and necessary for Norway. Moreover, other countries are increasingly learning from these experiences from the Sinograin collaboration too, Torskenæs points out, and reveals that there have already been countries showing interest in the collaboration.

-We already see this, and that speaks for itself. The way the researchers collaborate here is a model for other development projects – as well as the results coming out and the attention given to the whole food production system - from small-scale farmers, through medium-sized farms to industrial-scale agricultural production, she says.

In the past decades, China has achieved remarkable increases in food production, feeding more than 20% of the world population with less than 10% of the arable land. This achievement was mainly based on the intensive use of chemical inputs like fertilizers and pesticides, which in turn caused environmental pollution and food safety issues.

Today, Chinese agriculture is facing a variety of challenges in different areas. The growth of population combined with the improved living standards of the people in China has led to a vast increase in the demand for food. Meanwhile, the decline of cultivated land area and the shortage of water resources have become increasingly prominent. The situation for China's food security is still relatively grim in the long run.

Xiande Li, professor from the Chinese Academy of Agricultural Sciences (CAAS), as well as Chinese leader for Sinograin II’s research into adoption of precision agricultural technology and its economic, social and environmental effects, presented an overview of the current situation in Chinese agriculture.

He explained that the Chinese government is currently focusing on bolstering the rural economy and offsetting trade challenges through reforming policies on a range of issues. These include a widening rural-urban income gap, the tight supply of agricultural products and increasing prices, the negative impact of import of some products on the domestic sector, agricultural pollution and low support to agriculture.

From an environmental perspective, Li says the use of chemical fertilizer is one of the major challenges today.

-The chemical fertilizer application per unit in China is much higher than the world’s average. Intensive use of agricultural inputs also results in serious pollution, he stated.

The situation has led China to launch a National Plan for Sustainable Development of Agriculture (2015–2030), which will provide the overarching framework for government policies in the years to come.

-Through the project, we are testing out, implementing and adapting Norwegian knowledge and technology in selected regions in China to contribute to Chinese food production. China has an ambition to achieve climate smart sustainable food production by focusing on the environmental and climate changes that China faces presently. This collaboration hits the nail right on the head in this respect.

Liu Clarke says the first year of the project is now completed and going into the second year, the Chinese and NIBIO consortium partners work together in the process of validating and testing the technologies in their carefully designed experiments.

-In our work on implementing precision fertilization practices, we are now building on the results from Sinograin I. Using remote sensing technology, we are able to detect and map the physiological status of the crops in a great spatial detail, so that the plants could receive the fertilization they really require. We have tested this on different levels, from village to county and province level. Now we take this experience with us further to adapt the design and create even smarter tests and experiments, says Krzysztof Kusnierek, WP leader on precision fertilization.

New in Sinograin II is work on management of nutrient inputs to the soil to ensure sustainable food production at the same time as keeping the soil in good health.

-We are currently carrying out a field experiment to test the effect of soil amendments on nutrient uptake after fertilisation. Hopefully, use of these amendments will make it possible to reduce fertiliser application while maintaining crop yield, says Research Professor Nicholas Clarke.

All the work is done in close collaboration between the NIBIO scientists and the Chinese partners, Jihong Liu Clarke emphasises.

-The work is built on teamwork. Regardless of whether the results will come out positive or negative, we are gaining useful information both for China and for Norway. And of course - if it works, it will be a great achievement.

However, the greatest bottleneck in the project is sustaining profitability for the farmers, she says.

–We need to find complete solutions. Nobody will voluntarily change their practises if it influences their livelihood negatively. The economic profit is the key driving force for the farmers. The solutions we come up with therefore need to ensure that farmers benefit as well as the environment.

She also points out that another invaluable aspect of such a big international collaboration is the cultural exchange.

-Friendship is very important and lays the foundation for such a project. It helps us to understand differences in cultures and ways of thinking. This is very positive for relation-building for long-term bilateral collaboration, and crucial for the results, Liu Clarke highlights. 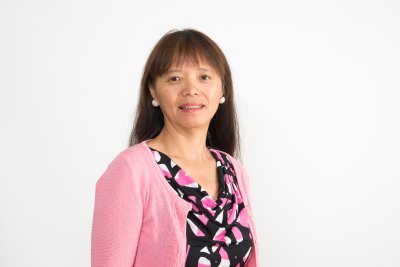 Sinograin II has been separated into five main work packages that focus on different key areas.

- Influence of innovative farming technologies on food safety and the environment in China.

- Management of nutrient inputs for sustainable food production and soil health in selected regions in China.

- Research on the agro-tech extension and household adoption of precision agricultural technology and its economic, social and environmental effects.

Around 40 NIBIO staff are working on these projects. 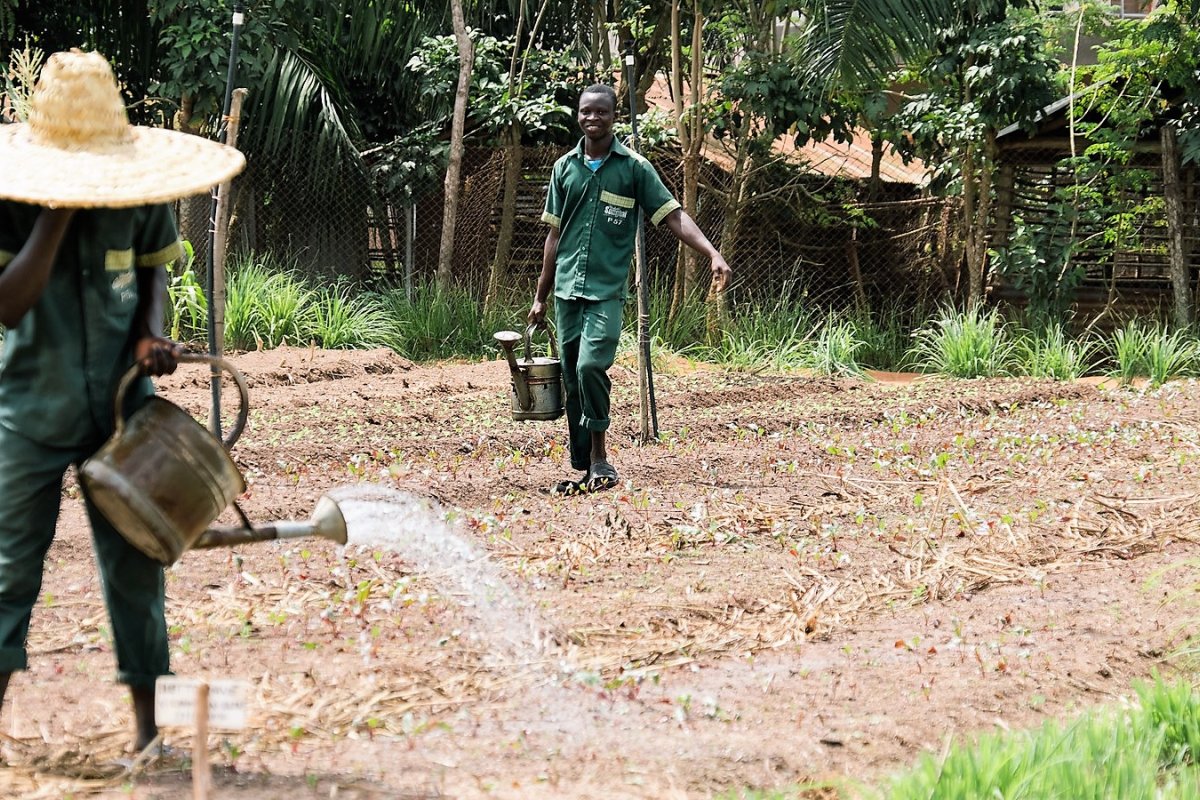 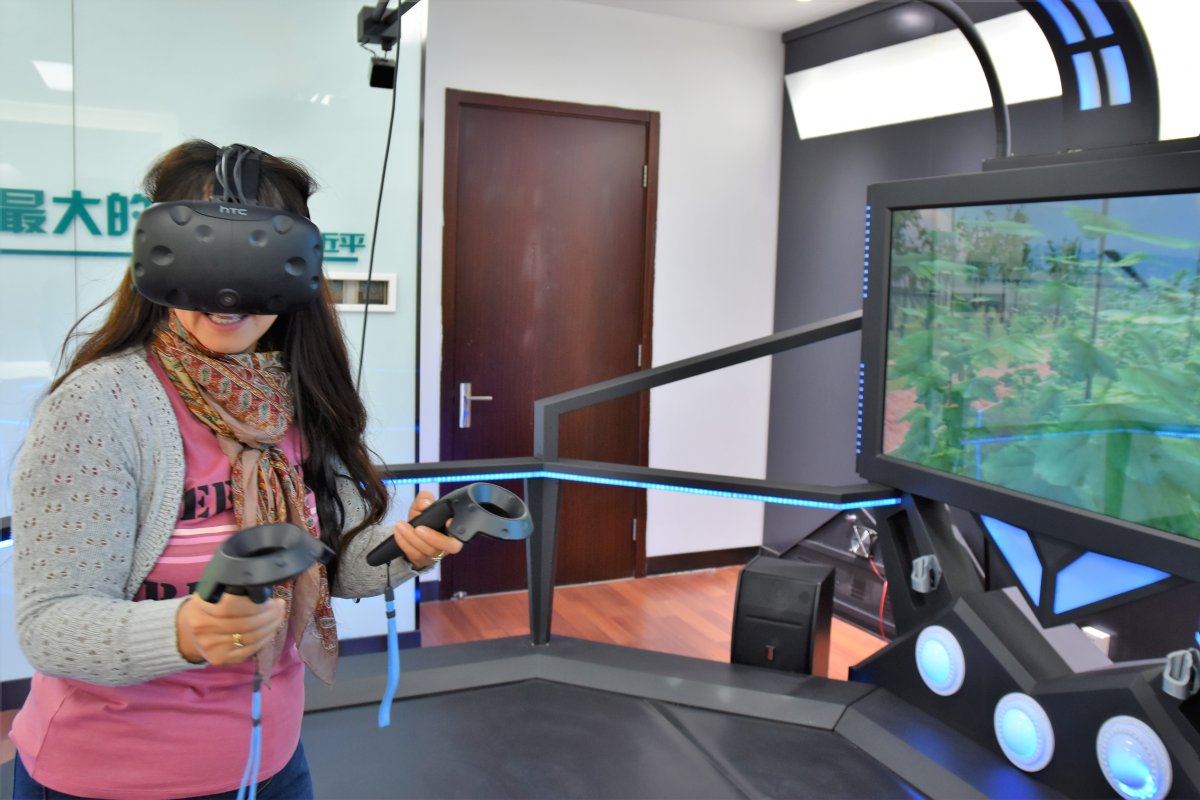 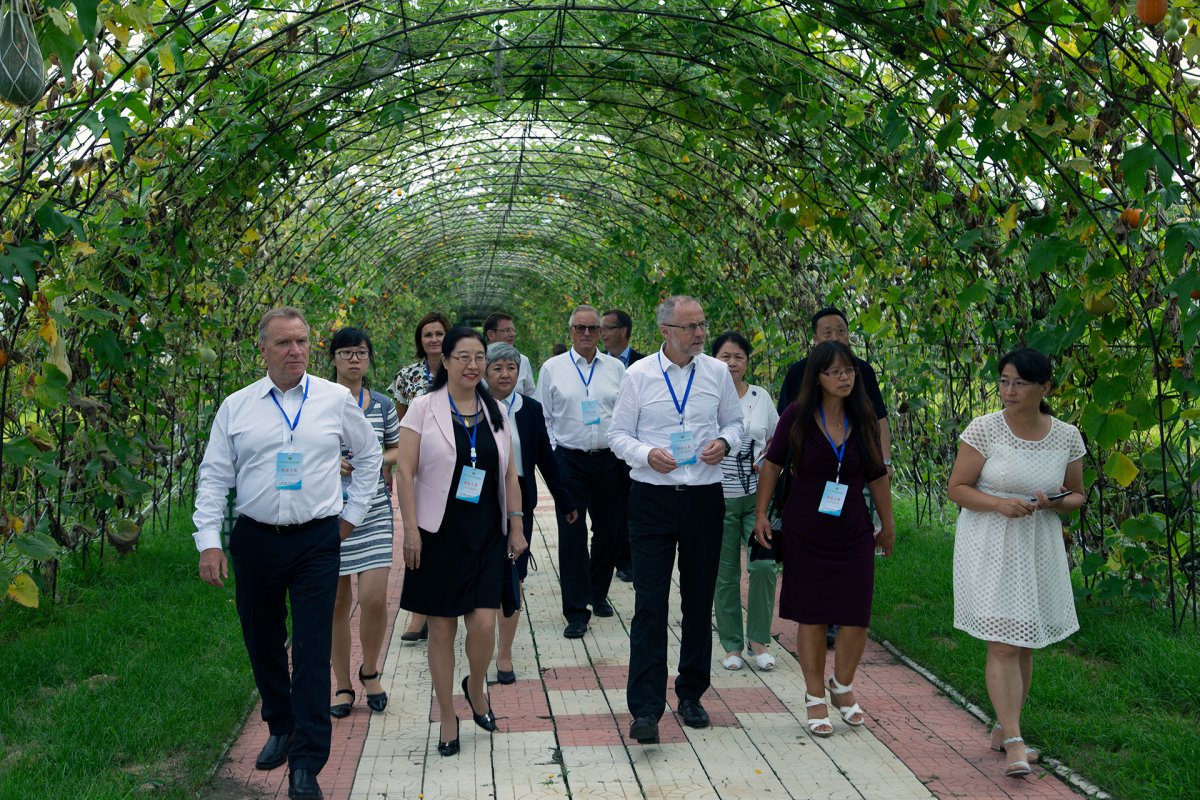