Researchers from across the world, including from the Norwegian Institute of Bioeconomy Research (NIBIO), plan to mimic the chemistry of the brown rot fungus to improve biorefining processes. BioMim, a $4 million, four-year project funded by the Research Council of Norway with industrial partners Borregaard and Kebony, will also seek better ways to protect wood products.

- A key part of the work will focus on the breakdown of the cellulose portion of biomass to produce component sugars that can then be fermented to biofuels. But today, in addition to alcohols, fermentation processes can generate a variety of platform chemicals for use in making e.g. plastics and resins, so this will also be a focus, said project leader Gry Alfredsen of the Norwegian Institute of Bioeconomy Research.

Wood and other biomass sources consist of two basic chemicals, cellulose and lignin – the two most abundant natural polymers on earth.

- One of the key problems in current biorefinery systems is finding a way to disentangle the lignin, which at the nanoscale forms a tight plastic coating around the cellulose fibers, to thus free up the cellulose for a variety of applications, said Barry Goodell, professor of sustainable biomaterials in the College of Natural Resources and Environment at Virginia Tech.

The BioMim project will explore two processes. The first is a technology developed by Goodell that borrows from the processes used by brown rot fungi that are commonly found breaking down woody debris on the forest floor — and sometime also damaging homes, decks and other structural products. The resulting catalytic process to free cellulose from lignin has now been demonstrated at pilot scale. The BioMim team will expand on this technology, and explore how it can be used efficiently in largescale biorefineries.

The second part of the process uses a newly discovered enzymatic system discovered by the group of team member Vincent Eijsink, professor at the Norwegian University of Life Sciences. This new enzyme system may permit further deconstruction of the cellulose portion of the wood biomass once freed from the lignin. One of the BioMim collaborators who is producing the enzyme is Makoto Yoshida, associate professor from Tokyo University of Agriculture and Technology. Yoshida began a nine-month sabbatical in Goodell’s lab in July.

- We will combine the catalytic chemistries with the enzyme system, to test the system as a whole, said Goodell.

Alfredsen was also a visiting scientist on sabbatical in Goodell’s laboratory at Virginia Tech two years ago. She has been following Goodell’s research for some time, and the two recognized the value of combined international research approach to solve a global sustainability problem on the better utilization of our biomass resources. The Norwegian funding agency was willing to fund research innovation in this area.

While freeing-up cellulose for enhance utilization is a critical objective of the BioMim project, the other component of wood, lignin, also has many uses, such as emulsions, binders, and micronutrients, with potential market value in excess of $200 billion, according to the Frost and Sullivan market research group. Borregaard, which has plants in Wisconsin and Florida, as well as in Norway and worldwide, is a global leader in the production of lignin-based products, and has great interest in how the BioMim project team can generate lignin in a more efficient manner and generate new types of lignin for products, said Goodell.

Kebony, based in Skien, south of Oslo, is particularly interested in protecting wood for long-lasting wood products. 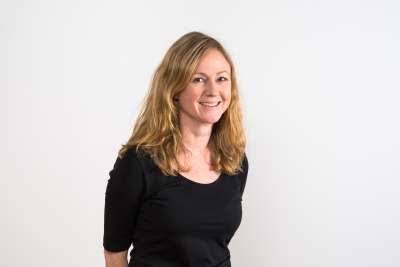 Woody biomass (lignocellulose) plays an important role in meeting a growing energy demand, combatting climate change, and supporting forest economies. Sustainable exploitation of lignocellulose is a key factor in the development of a viable bio-economy. However, lignocellulosic biomass has a natural resistance to chemical and biological deconstruction, a challenge biorefineries have to overcome.

BioMim is a four-year research project, funded by the Norwegian Research Council, that attempts to meet this challenge. Bio- Mim will use Nature’s own biodegraders, the brown rot fungi, to improve existing industrial biorefining processes and provide better wood protection solutions. Specifically, we will utilize the brown-rot fungi’s unique mechanisms; small metabolites, such as iron ions, to selectively remove biomass components, thus creating a much improved access for the brown-rot enzymes to do their job.