Print
Finished Last updated: 01.05.2019
End: jun 2016
Start: jul 2013
ClimaViet is a three year interdisciplinary project that will focus mainly on the future climate change impacts on rice production in Vietnam. The project is financed by the Ministry of Foreign Affairs, Norway through the Royal Norwegian Embassy in Hanoi. Project partners: the Vietnam Academy of Agricultural Sciences (VAAS) and Bioforsk

Vietnam Academy of Agricultural Sciences (VAAS) Royal Norwegian Embassy of Hanoi
Climate change, along with social and economic changes in the coming decades will impact agriculture sector, rural livelihoods and food security in Vietnam, if it is not addressed properly. At the same time, agriculture sector will contribute to greenhouse gas emissions (GHGs) significantly. The current global estimates of GHGs from the agriculture sector are about 14%. And in Vietnam, GHG emissions from agriculture will be about 64 million tons of CO2 by year 2020. Since rice is the major crop grown in Vietnam, most GHGs will come from rice production. It is a challenge to develop potential adaptation strategies to sustain rice production, which at the same time can help in reduction of GHG emissions.

The proposed three year interdisciplinary project will focus mainly on the future climate change impacts on rice production in Vietnam. As a first step, the project will review the current studies and programs taken by other donor agencies (eg. FAO, EU, AusAID, etc), share knowledge and establish links with the project groups where needed. The existing climate scenarios will be downscaled and the climate impacts on seasonality in rainfall leading to droughts, and salinity in coastal areas on rice production will be assessed. Potential measures leading to improved rice cropping systems (eg. System of Rice Intensification (SRI), Alternate Wetting and Drying (AWD)), improved nutrient use efficiency, (eg. organic manure and use of microbial fertilizers) will be pilot tested. This will contribute to sustained productivity and mitigate climate change. The project will develop the institutional and policy support required to adopt the potential measures identified and tested in the project. The project will actively involve stakeholders at the provincial and national level (VAAS, MARD, MONRE and other relevant stakeholders).

The project study will be carried out in three provinces, namely Nam Dinh (in Red River Delta) , Soc Trang (in Mekong River Delta) for saline intrusion problems and Tra Vinh province for drought, where selected measures will be pilot tested for their potential adaptation and mitigation impacts, and their performance validated in cooperation with local agencies and farmers. The tested measures and their complementarity and synergies with the ongoing REDD+ initiatives in Vietnam will be explored, to enable the inclusion of agriculture sector and farming communities in the process of reducing carbon emissions. The project results will support the MARD strategy for agricultural development as well as the ARD Action Plan to Climate Change. The wide network of agricultural and extension agencies located across the country under VAAS will be used for dissemination of project results. The project will use an interdisciplinary approach to address the main concerns in rice production, besides emphasis on stakeholder interaction (farmers, women groups, government authorities, private sector) from the beginning of the project. This is also to ensure strengthening of science-policy linkage in the project.

The overall goal of ClimaViet is to develop climate-smart rice farming systems that will improve rice production under changing climate, and help in mitigation of greenhouse gas emissions.

Publications in the project

The three year multidisciplinary ClimaViet project (July 2013 to June 2016) implemented jointly by the Vietnam Academy of Agricultural Sciences (VAAS) and the Norwegian Institute for Agriculture and Environmental Research (Bioforsk) is focusing mainly on the future climate change impacts on rice production in Vietnam with financial support of the Ministry of Foreign Affairs, Norway. As a first step, the project has reviewed the current studies and programs related to climate change and agriculture taken by other agencies in Vietnam. The existing climate scenarios were downscaled and the climate impacts on seasonality in rainfall leading to droughts and salinity in coastal areas on rice production were assessed. Potential measures leading to improved rice cropping systems and improved nutrient use efficiency are being pilottested in the three study areas located in Nam Dinh, Soc Trang and Tra Vinh provinces. The results are expected to contribute to sustained productivity and climate change mitigation. Towards the end, the project will develop the institutional and policy guidelines required to adopt the potential measures identified and tested in the project. The project involves stakeholders at the provincial and national level (VAAS, MARD, MONRE and other relevant stakeholders) for better uptake of results. 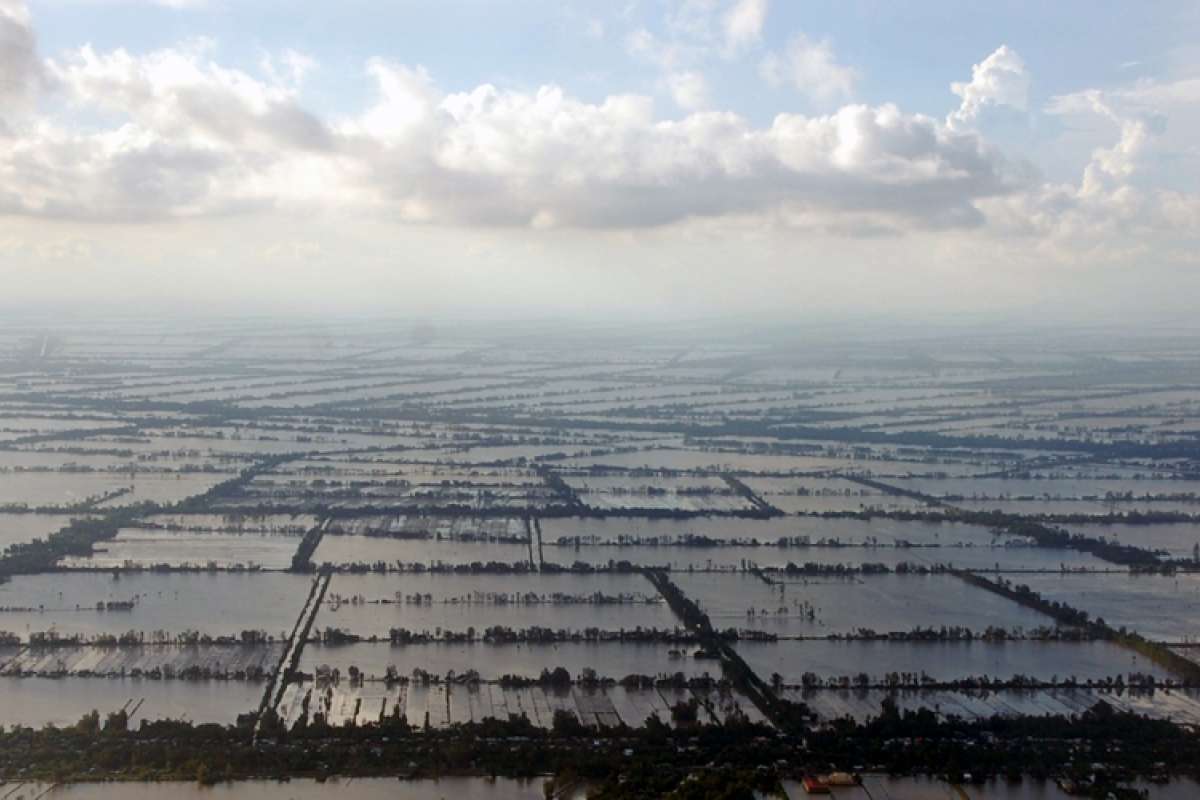 Sea-level rise caused by climate change and global warming, poses a major threat to coastal regions due to salt-water intrusion and damage to agricultural land. Researchers now urge policy makers to take action before it is too late. 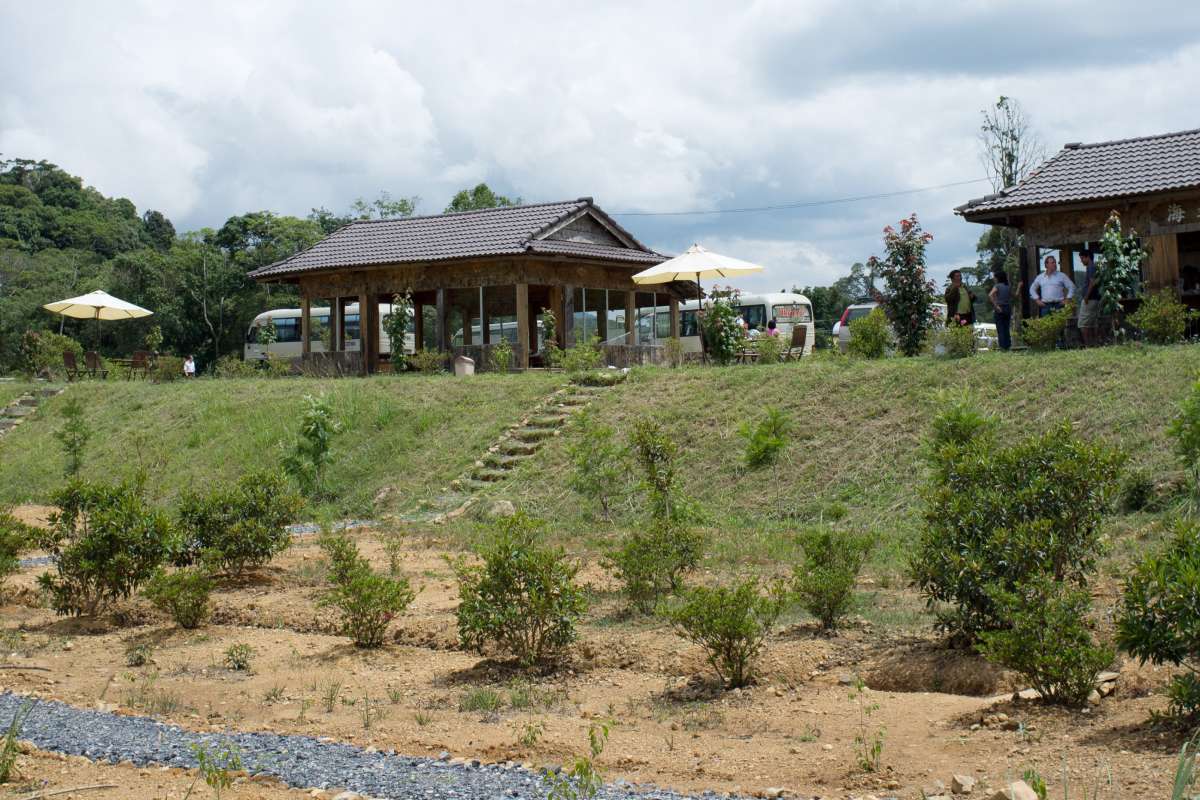 The “ClimaViet” project recently held its final workshop in Hanoi, after three years of cooperation on how to adapt agricultural practices to a changing climate, while reducing greenhouse gas emissions.

Other projects from Hydrology and Water Environment