The project study will be carried out in three provinces, namely Nam Dinh, Soc Trang and Tra Vinh of Vietnam with a focus on drought and saline intrusion. The impacts and suitable adaptation and mitigation technologies will be identified and their performance validated in cooperation with provincial agencies. Some of the pilot demonstration of the technologies will be done on farmer fields. Gender will be given priority throughout the project.
Site selection criteria:
Nam Dinh (Red River Delta) province is located in the south of the Red River flood plain on the South China Sea. The local geological structure is dominated by a complex sequence of unconsolidated high and low permeable alluvial and marine sediments. The coastal region in Nam Dinh is a wave dominated delta, and affected by saline intrusion. The total population is about 0.5 million with a population density of 1000 per sq.km which is typical of the Red River Delta. The coastal districts are severely affected by frequent storms and the thus the livelihoods, who are primarily dependent on rice cultivation, aquaculture and salt making. Mangrove restoration along the coast can protect the livelihoods and also help in mitigation.
Soc Trang (Mekong River Delta) is located to the southeast of Vietnam and has 72 km of coastline of the South China Sea. The provincial capital of Sóc Trăng province is the town which is also called Sóc Trăng. It is 231 km from Hồ Chí Minh City. The province has two large rivers: the Hậu River and the Mỹ Thanh River. Soc Trang is one of the poorest provinces in the southern region. The Mekong Delta plays an important role as “rice bowl” for the whole of Vietnam. The long coast line of Vietnam makes it vulnerable to sea level rise and salinity rendering productive land unfit for cultivation. This is also due to the lack of an integrated approach to sustainable management, utilization and protection of the coastal zone. In the coastal zone of Soc Trang Province, the main threat is the predicted sea level rise due to climate change, which is threatening the protection function of the mangrove forest belt and reducing income for local communities.
After a base line study and discussions with stakeholders it was decided to carry out the study in Long Pho and Trande districts (Soc Trang province) important for rice production . Main problem is nutrient-poor soil salinity (higher salinity of about 0.3 to 0.5%) with salt water infiltration up to 20-30 km from the coast at some places. Each year about 4,500 ha of early spring summer rice is threatened due to saline intrusion. Population density is relatively high with 389 people per km2.
Tra Vinh (Mekong River Delta) situated to the southwest of Ho Chi Minh City, is one of the poorest provinces in the Mekong Delta. It is bordered to the north and south by the Hau Giang and Tien Giang rivers, both branches of the Mekong. To the east lies the South China Sea, along 65 km of coast, and to the west lies Vinh Long Province (which until 5 years ago was joined to Tra Vinh, forming the province of Cuu Long). The official population of Tra Vinh is 1,007,000 people (148,270 households). Over 29% of the population is ethnic Khmer. There are also a number of ethnic Chinese (5-6% of the population), and a tiny Cham population. The number of “poor” households, earning less than 90,000d/person/month is 33,545, of which 11,525 households earn less than 60,000/person/month.

The economy is predominantly based on the production of rice, and in recent years fishing and aquaculture. Over 80% of the population is dependent on the agricultural sector. The total area of agriculture land is 145,000 ha, of which 117,000 ha are devoted to rice and 24,490 to mangroves. Many people resort to daily wage labor that provides low income and very little job security. The province is prone to drought and saline intrusion severely impacting the people’s livelihoods. In Tra Vinh province the study will be carried out in two communes in Tra Cu district. 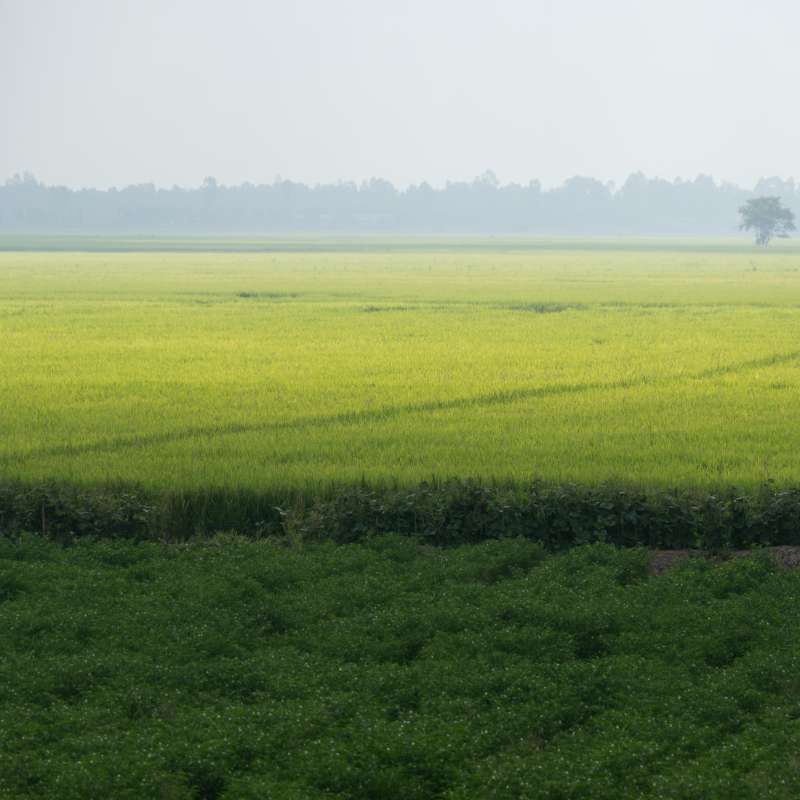 ClimaViet is a three year interdisciplinary project that will focus mainly on the future climate change impacts on rice production in Vietnam. The project is financed by the Ministry of Foreign Affairs, Norway through the Royal Norwegian Embassy in Hanoi. Project partners: the Vietnam Academy of Agricultural Sciences (VAAS) and Bioforsk