Today, smallholder farmers provide over 80 percent of the food consumed in Asia and the Sub-Saharan Africa, contributing significantly to poverty reduction and food security. According to UN’s Food and Agriculture Organisation (FAO), women comprise an average of 43 percent of the agricultural labour force of developing countries and up to almost 50 percent in Eastern and Southeastern Asia and Sub-Saharan Africa.

Women smallholders in these parts of the world face multiple constraints compared to their male counterparts. They are often expected to provide unpaid farm work and to bear the burden of care and reproductive roles within the family and community. They are in many cases deprived of land ownership, access to markets, key assets and inputs, and are frequently excluded from decision-making. Women are also disproportionately impacted by poverty and hunger and have less access to education and health care facilities.

Nagothu coordinates several international collaborative research projects, among others Resilience and InnovAfrica which aim to improve agricultural productivity, the adaptive capacity and livelihoods of smallholders in India and Africa.

Gender mainstreaming is an important and necessary cross-cutting theme in both projects.

“In Resilience, we ensure the active participation of women by adopting context-specific strategies based on gender analyses of the case study areas. To integrate both perspectives, an equal number of men and women farmers are involved in the phase of testing and validation of the agricultural technologies that we are developing,” Nagothu says.

This is in line with FAO’s view that women farmers equipped with the same knowledge and support systems as men can contribute to agriculture sustainability, subsequently improving nutrition and reducing food loss and waste. In addition, FAO states that closing the gender gap could increase yields on smallholder farms by 20-30 percent, lifting 100-150 million people out of hunger.

In InnovAfrica, one objective has been to assess factors at household level and beyond that enhance or hinder agricultural innovations to have a positive impact on women smallholder farmers in Africa for sustainable production, and food and nutrition security. The key discovery so far, is that despite decades of efforts towards promoting gender equality, there are still several factors that hinder innovations in agriculture to work for women smallholders.

Exactly how dire the situation is, varies from country to country. In some of InnovAfrica’s case study countries, women farmers appear to have a slightly stronger say than men when it comes to agricultural production, income and participation in certain organizational activities. In other countries, however, men play the major role in agriculture related resources allocation and decision making.

Nagothu points out that although gender equality is established in policies and laws in several of InnovAfrica’s six case study countries, the implementation of these policies and reinforcements of legislation are sometimes lacking. Analyses carried out in InnovAfrica also reveal that cultural values and discrimination work against women in agriculture. Women farmers do not have adequate access to production resources and agricultural services such as land, inputs, credit and extension.

“We’ve also found that women farmers often have very heavy workloads. There is definitely a substantial need for more just division of labour between men and women in these countries, as well as the introduction of labour saving agriculture technologies,” Nagothu adds.

The recommendations from InnovAfrica put emphasis on strengthening the position of women in agriculture in India and the Sub-Saharan Africa. To do this, different actions at different levels need to be taken. Among other things, it is important to empower rural women at an individual level, and men at a household level need to be made aware of and accept gender equality and shared workload.

For this to happen, a culture change at a community level is necessary, as well as a change in customary law and norms that discriminate against women, e.g. preventing women from property ownership.

Furthermore, gender equality must be a part of national policy and legislation and subsequently acknowledged and implemented by formal institutions and organizations in the country in question.

By implementing objectives regarding women smallholders, as well as ensuring gender equality throughout the projects, the hope is that the key recommendations from InnovAfrica and Resilience are taken on board by policy makers and legislative bodies, as well as communities and households in the respective case study areas. This includes strategies that promote gender equality in organizations, extension and training at the policy level. Furthermore, women should be employed in agricultural leadership positions. Also important, is to create an enabling environment for women smallholders, i.e. develop and implement labour saving technologies and establish child care facilities.

Women must be encouraged to take part in village groups and be involved in decisions pertaining to income and production. For this to happen, the idea of women as agricultural leaders needs to be recognized at the community level, as well as at a national level.

Strengthening the position of women in agriculture is a joint responsibility and a key factor in regard to the success of smallholder adaptation to climate change and improved food and nutrition security for a steadily increasing global population.

InnovAfrica (www.innovafrica.eu) is a EU Horizon2020 funded research project that aims to improve food nutrition security in Africa by integrating sustainable agriculture intensification systems and innovative institutional approaches with novel extension and advisory services. This will be achieved by enhancing capacity building and knowledge sharing in smallholder farming in Sub-Saharan Africa through a strong EU-Africa Research and Innovation Partnership.

The project is implemented in Ethiopia, Kenya, Malawi, Rwanda, Tanzania and South Africa with twelve pilot sites, each of them strategically selected to cover diverse agroecological zones. The objective is to test, integrate and disseminate potential sustainable agriculture intensification systems suitable to smallholders.

Resilience (www.resilienceindia.org) is funded by the Ministry of Foreign Affairs through the Norwegian Embassy in New Delhi, India. The overall goal is to improve agricultural productivity, adaptive capacity and livelihoods of smallholders to climate and economic changes by building resilience and strengthening the agri-product market value chains.

The project will be implemented in the two states of Odisha and Assam, located in the east and northeast of India. Measures will be spread out in four districts, where selected climate smart agriculture (CSA) technologies will be demonstrated and upscaled in close cooperation with farmers and other stakeholders. 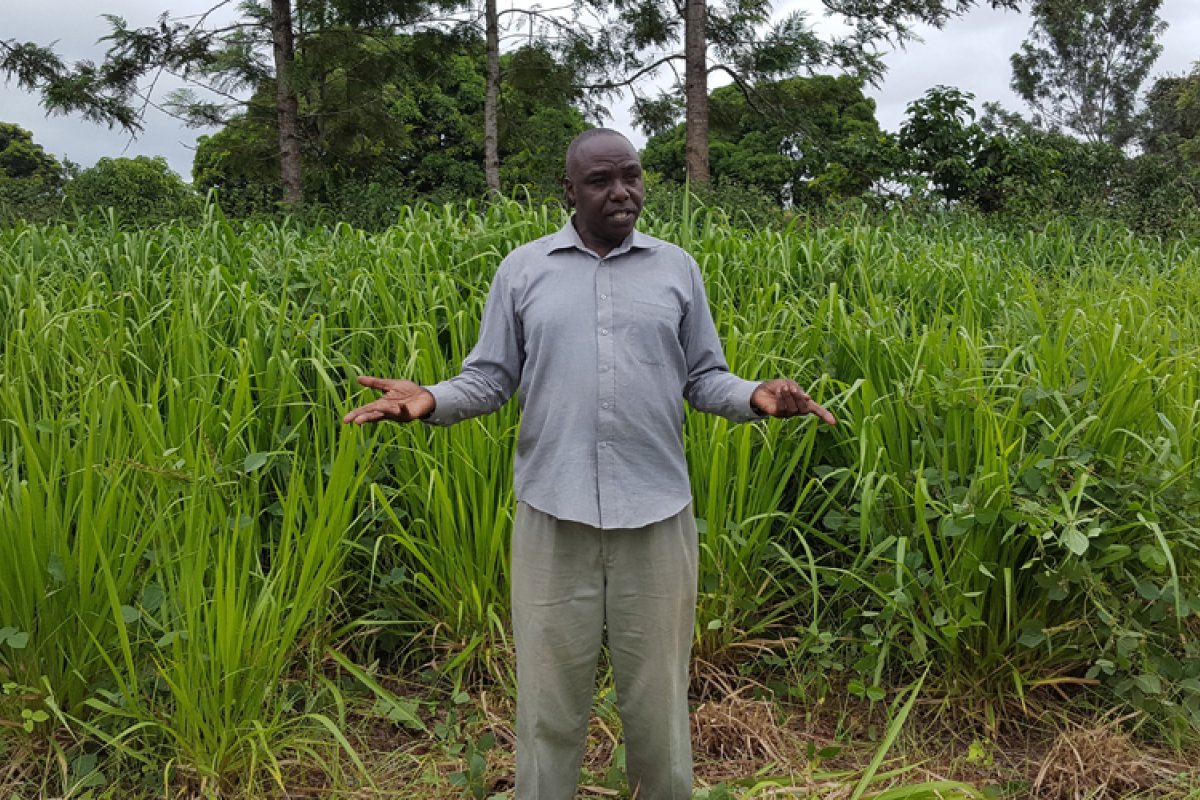 First step towards increased food and nutritional security in Africa

"If agriculture goes wrong, nothing else will go right”, said Nils Vagstad (Director General at NIBIO), quoting Prof. M. S. Swaminathan at the opening of the InnovAfrica Kick-off meeting earlier this week. “This is important all over the world, but of particular importance to Africa.”

Sustainable agriculture and innovation in Africa

The new Horizon2020 project, InnovAfrica, will take an innovative and integrated approach to improve food and nutrition security for African smallholders through climate adaptability.