Over the last couple of years, the sale of plant protein products has increased rapidly. Several brand-new types of food have appeared, but a recent analysis shows that Norway still has untapped potential when it comes to developing its own products with Norwegian ingredients.

The proportion of consumers demanding plant protein products is on the increase in the industrialised nations. Some of these are ‘meat alternatives’, meaning they can be used in the same dishes instead of meat, but are actually vegan or vegetarian products.

“The market for vegetarian products is much more mature in countries we like to compare ourselves to versus Norway. This applies to the manufacturers, technology and product variation,” says senior researcher Antje Gonera from the food research institute Nofima.

Together with NIBIO researcher Anna Birgitte Milford, she has analysed the market for various types of plant protein products. The results are summarised in their report "Plant protein trends in Norway – market overview and future perspectives". The report forms part of the FoodProFuture research project.

But when compared to the sales of meat products, the amount of vegetarian products is still extremely low.

The main reasons for reducing meat intake are related to health, safety and animal welfare. “People in urban areas, particularly close to universities, and women under the age of 25 are over-represented among vegetarians,” says Gonera.

What kind of products do consumers want?

Good taste and a reasonable price are the main ingredients of a successful vegetarian product, according to the companies interviewed. Consumer food choice is also influenced by family preferences, knowledge of preparation, health and environmental awareness.

"There is more demand for beans and lentils in Norwegian stores, but it is particularly the demand for processed meat alternatives that has grown steeply recently," says Milford.

She explains that most of the companies they've been in contact with are focusing on meat substitute products, gathering inspiration from suppliers, trend reports, and international food fairs.

The advantage of meat replacements is that they resemble products that most consumers are accustomed to, such as burgers, sausages, and nuggets. That means the consumer does not have to change cooking habits, making it easier to replace meat.

Consumers are also concerned with texture. They want a little chewing resistance, but it mustn't be too dry. Many products are so similar to the real thing that the difference is hard to detect. They are suitable for consumers who like meat, but want to reduce meat intake.

“When it comes to labelling products, there seems to be an international trend towards replacing ‘vegetarian’ or ‘vegan’ with ‘plant-based’. That enables producers to address any consumer, and not just those who want to give up meat,” explains Gonera.

Is soy the new palm oil?

The most common protein sources in vegetarian products are eggs, soy, gluten and pea protein. Of these, only eggs are produced in Norway. But one of the major product ranges in this country is based on Norwegian potatoes.

“There is international debate on the negative image of soy. That iss mainly due to the fact that a lot of soy is genetically modified, but not the soy sold to Norway. In addition, soy is often produced on areas that  used to be rainforest,” states Milford.

The debate can be compared to that on palm oil, but because soy has many technological advantages as an ingredient in meat replacements, it is being used in ever-larger amounts in vegetarian products.

“Although vegetarian products have been on the market for several years, they are only now becoming widely available in stores all over the country. That is why there is little knowledge of consumer preferences,” explains Gonera.

Norwegian manufacturers also import processed ingredients from abroad because they have not yet invested in equipment adapted to produce ingredients for plant-based meat alternatives. 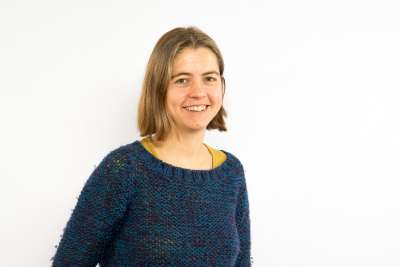 The FoodProFuture research project is a four-year programme running until April 2021.

The project is funded by the Research Council of Norway, ‘Bionær’ project number 267858.

The main aim is to develop a platform of knowledge concerning optimum production and utilisation of Norwegian high-protein crops. These can form the ingredients of good, healthy and attractive plant-based foods with high protein content. The project is headed by NMBU, with Nofima and NIBIO among the key partners.