Europe’s soils are under threat. Human activity and climate change are two reasons for this, each playing a part in continuously degrading our soil. This is a problem, as soil is one of our most important natural resources, providing us with vital goods and services to sustain life. For instance, if our soil is ruined, or even worse, disappears, it will be impossible to uphold the European food production as we know it today.

Although there is a large body of knowledge available on soil threats in Europe, the way soil systems function in interaction with human activities, as well as with climate change and ecosystem services, is still not fully understood. There are several reasons for this, one of which is that accumulated knowledge on soil threats has, until now, been scattered over numerous and diverse publications, rendering it difficult to approach the problems in an integrated fashion.

This is no longer the case. In a new report, coordinated by researchers at the Norwegian Institute of Bioeconomy Research, NIBIO, soil experts have collaborated in providing an extensive overview of the threats Europe is affected by. Not only have the authors defined the soil threats, they have also given descriptions of soil degradation and drivers, key indicators of the soil threat, methods to assess the soil threat, effects of the threat on other soil threats, and what kind of effect the soil threat has on soil functions.

Soil threats at a European scale

In Norway, erosion caused by flooding and landslides, poses a major threat. In Mediterranean countries, a too high salt content in the soil, called soil salinization, is one of the issues. 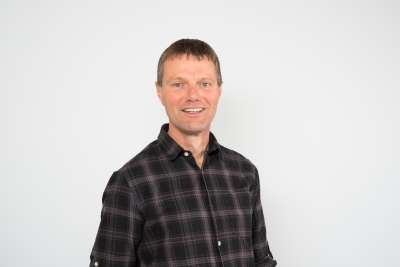 The main aim of the EC-funded project RECARE is to develop effective prevention, remediation and restoration measures using an innovative multidisciplinary approach, actively integrating and advancing knowledge of stakeholders and scientists in 17 Case Studies, covering a range of soil threats in different bio-physical and socio-economic environments across Europe. NIBIO coordinates Work Package 2 of the project, which main aim is to provide the base for RECARE regarding data collection and methods. See videos from the project work here.

Although different countries tend to encounter different soil threats, the authors of the report have attempted to see Europe’s soil threats under one, rather than delve into exactly where a specific soil threat is at and how to fix it.

«Previous studies show that every single country in Europe faces one soil threat or another. What we’ve done, isn’t necessarily look at a specific area and say what is wrong there. We’ve rather aimed to look at Europe as a whole and define all the soil threats which pertain to our part of the world,» says Dr. Jannes Stolte, Head of Department at NIBIO and main coordinator of the report.

Despite this, the authors of the report have defined eleven separate soil threats in Europe.

«Defining each soil threat has been important to get a full overview of the situation in Europe. In addition to this, we’ve asked the many experts involved to combine “their” specific soil threat with other soil threats. What we’ve been interested in, is to try and find interactions between the various soil threats at hand,» says Dr. Stolte.

Can you give an example of in what way a soil threat can influence or interact with another?

«For instance, if you have increased soil erosion, or loss of top soil, you’ll also see a decrease in soil biodiversity. Combine this with soil functions, a decrease in crop growth will become apparent. In our report we’ve tried to describe soil threats in interaction with each other, which gives us a better overview of exactly what kind of issues Europe needs to address, » Dr. Stolte explains.

Forms the scientific basis for RECARE

The report Soil threats in Europe is part of the RECARE project, which main aim is to reduce the negative impacts of predefined soil threats in Europe through various restoration methods. The project has defined 17 case study areas spread out all over Europe, from Norway up north, to Spain and Italy down south.

“Our plan is to implement possible measures against all soil threats in the different study areas, to see how effective they are, what their economic impact is, what their impact on ecosystem services is and so on,” says Dr. Stolte.

The measures in question are not new, nor have the study areas been at random.

“The case study areas in the project have been identified based on available historical data from several on-going experiments, the reason for this being that a decline in soil quality is in most cases a slow process which does not happen in an instant.

As for the measures that we’re implementing, these are also partly built on previous projects, in addition to new approaches, and will probably go beyond the lifetime of the project before we’ll see any effect of them,” Dr. Stolte says.

Due to this, stakeholder involvement is an important part of the project.

“Take flooding in Norway as an example. What we’ve done in the RECARE project, is to give stakeholders, i.e. farmers, administrative bodies and water boards, a set of possible actions to reduce the peak flow of the flood. This way we can find out over time, in collaboration with them, which measures are the most efficient and feasible, even after the project period is over,” Dr. Stolte explains.

What kind of measures have you implemented in the case study area affected by flooding, and have they had any effect so far?

“All our measures in this particular area aim to slow down the flow of water over agricultural land, either by means of land use, dams or retention areas. What is difficult is to quantify the effect of a certain measure, as a comparison between the different flooding events the area has encountered is impossible, due to many varying factors. What we do, and will continue doing, is to look at how efficient a certain measure is over time in one particular area.  To do this modeling and close collaboration with the stakeholders is essential.”

So which eleven soil threats is Europe affected by? In the report, the threats described are soil erosion by water and wind, decline in soil organic matter in peat and mineral soils, soil compaction, sealing, contamination, salinization, desertification, flooding and landslides, and last, decline in soil biodiversity.

In addition to a chapter dedicated to each threat, the report includes a chapter on soil functions and ecosystem services, before it ends with a summary of what the overall soil state of Europe is.

“In our report we’ve, among other things, presented updated information on the concepts and definition of the soil threats, and also what kind of influence each soil threat has on other soil threats. Despite this, there is still a large uncertainty and lack of quantitative information on, for example, the interactions between the soil threats and the influence of soil threats on soil functions and ecosystem services. Hopefully, the work which is currently being carried out in the RECARE project can help in this matter and provide us with an improved overview of existing information on soil degradation in Europe, as well as finding suitable measures and practices to prevent it.”