For almost 40 years, research professor Dag Ragnar Blystad has been involved in diagnosing and controlling plant viruses, viroids and phytoplasmas, as well as conserving virus-free plant material in Norway. Now, the accomplished plant virologist is one of eight scientists who will receive an honorary doctorate at the University of Helsinki.

The recipients of the honorary doctorate will be presented with their accolade at an award ceremony organised by the University of Helsinki, Faculty of Agriculture and Forestry, in Helsinki on 17th June 2022, after a two year-delay due to the pandemic.

Blystad, says he is honoured and grateful for the attention, and explains that his connection to Finland goes back a long time. In the 1980’s, as a young PHD-student on a placement in the Netherlands, Blystad made friends with a fellow student from Finland named Jari Valkonen. Valkonen later became professor (chair) of plant pathology at the University of Helsinki. This was the start of a good collaborator relationship with the Finnish virology research environment, which has maintained throughout the years.

The research professor underlines that such networking amongst scientists as well as collaborations within Norway and internationally has been a great support in his work and in furthering the research on plant virology. Today, Blystad is the oldest working plant virologist in Scandinavia, and can look back on a career with many interesting discoveries, experiences and challenges.

-I have had many interesting work experiences throughout these 40 years. It all started with my PHD on plant virology through Planteforsk (now NIBIO) that commenced in 1982. As part of this work, I spent 7 months in Netherlands, a time that I consider very important for me both personally and for my work; I still go there to visit friends for holidays. Since that time, a large part of my effort has involved diagnosis and control of plant viruses, viroids and phytoplasmas in vegetables in open air and in greenhouses, flowers, fruits and berries - as well as in wheat and potatoes. I have also worked a lot on making virus-free plant starting material from vegetatively propagated material and am responsible for keeping the material of Norwegian varieties in the Potato Bank free of viruses, he explains.

Blystad believes his genuine interest in nature and biology has been a driving force for his many dedicated years in the field.

-I have a basic plant interest – for me it is fun. I grow a lot of plants privately - herbs, vegetables, fruits and berries. In my job I get to combine my interest in plants and biology with solving problems that growers have. I like this practical aspect. I am also a keen photographer and have taken photographs of symptoms of pests throughout the years. So basically, I have a job that combines many enjoyable aspects, he points out.

As a virologist Blystad also admits it is exciting to discover new viruses.

-From a science point of view, it is interesting when you find new things. When we discovered phytoplasma in Norway, no one had worked with it here. I started research on this in 1996 and it is fun to see how it has become a building area which new people are now taking on, he adds.

The research professor has also worked closely with the Norwegian Food Safety Authority in many projects with quarantine pests to strengthen the work with virus-free starting material in several cultures.

-At times it has been challenging, as we cover a large area of ​​responsibility. In a small country like Norway, we must have a finger in every pie. In many other countries, the various responsibilities are more separated. The advantage is that you build up a wide range of large networks, he says.

Now in 2022, Blystad and colleagues from NIBIO work with viruses in raspberries together with scientists in the Czech Republic.

-There are a lot of problems in wild and garden raspberries. We have analysed plant material and aphids using High-Throughput Sequencing and PCR. These viruses are not only invasive, but sometimes part of the flora. However, they still do very large damage, and we need fresh plant material to combat this.

Fresh plant material has been a flag Blystad has held high throughout his career, as he points out it is essential for food security:

- I am currently the manager of the Potato Bank in Norway. That means I am responsible for varieties to be quarantined and tested for new pests. We also clean genetic resources of potato for viruses - these old cultivars can be valuable to have in the future. We have also cleaned shallots, originally grown in Norway, which can then be sent out again for cultivation. This work is important for innovation and niche productions, he explains.

Work in Bosnia made an impact

In addition to the work at NIBIO, Blystad have collaborated a lot internationally on plant virology, phytoplasm and cryopreservation. One of the most memorable and rewarding experiences was working with Bosnian scientists in the 2000’s:

-We had a project working with Bosnia Herzegovina from 2004-2014, funded by The Norwegian Ministry of Foreign Affairs / Noragric to help rebuild the academic environment after the war. It opened my eyes to what professional knowledge means, and it was very special to collaborate across conflict lines. We had scientists from both sides of the conflict in the project, but we still managed to maintain a pleasant working environment, he says.

This project involved plant health and genetic resources in Bosnia and had a focus on grapes and other fruit crops, which brought the research professor to a local wine festival.

-Up until that festival, I had been a tea-total, but there I just had to taste the wine. And that was the end of my abstaining, he laughs.

Blystad has also been and are an active member of several international organisations and have actively participated in European cooperation through COST actions and an important EU project on pepino mosaic virus. Moreover, he has had the main responsibility for several major international meetings.

-I guess one of my strengths is that I can collaborate well, and I am patient. Both collaborations with NMBU and Sagaplant has been rich and rewarding for me – and not to forget the several industry partners and key players in the Norwegian horticultural industry. I have also had 12 years of very fruitful collaboration with the Chinese science community, he says.

Arne Hermansen, director division of biotechnology and plant health at NIBIO, says Blystad is a scientist that has documented a steady scientific production throughout his career, with many scientific publications published in good journals, and says Blystad’s collaboration with Q.C. Wang in China and the work with cryopreservation is at the forefront purely scientific.

-He has written a number of reports, book chapters, popular science articles, participated in lectures and posted in conferences and meetings. Blystad has also supervised many master's students and been a co-supervisor for several PhD students and participated in international research networks. I must also mention that he was awarded the "Prize for Innovation" from Bioforsk and Bioparken in 2008.

-Blystad has always focused on building a bridge between research and the practical use of scientific knowledge. He has a very good track record in collaborating with the industry. With the help of his research, he has managed to solve practical problems for them, Hermansen highlights

Today, Blystad lives together with his wife, has four children and five grandchildren. When he is not working, the research professor likes to spend his time with them, in the garden or out photographing scenes in nature – so far, he has been involved with at least ten photography exhibitions in his hometown Ås.

-I think it is important to find a balance between work and hobbies. If you work 24. hours, you quickly burn out. There are times I worked too much, but being a scientist also gives you a lot of freedom that you don’t have in other jobs, Blystad concludes. 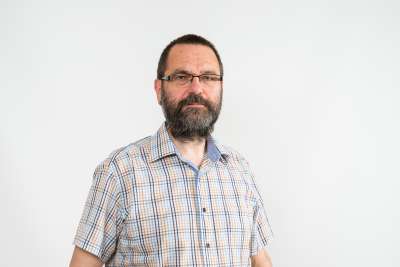 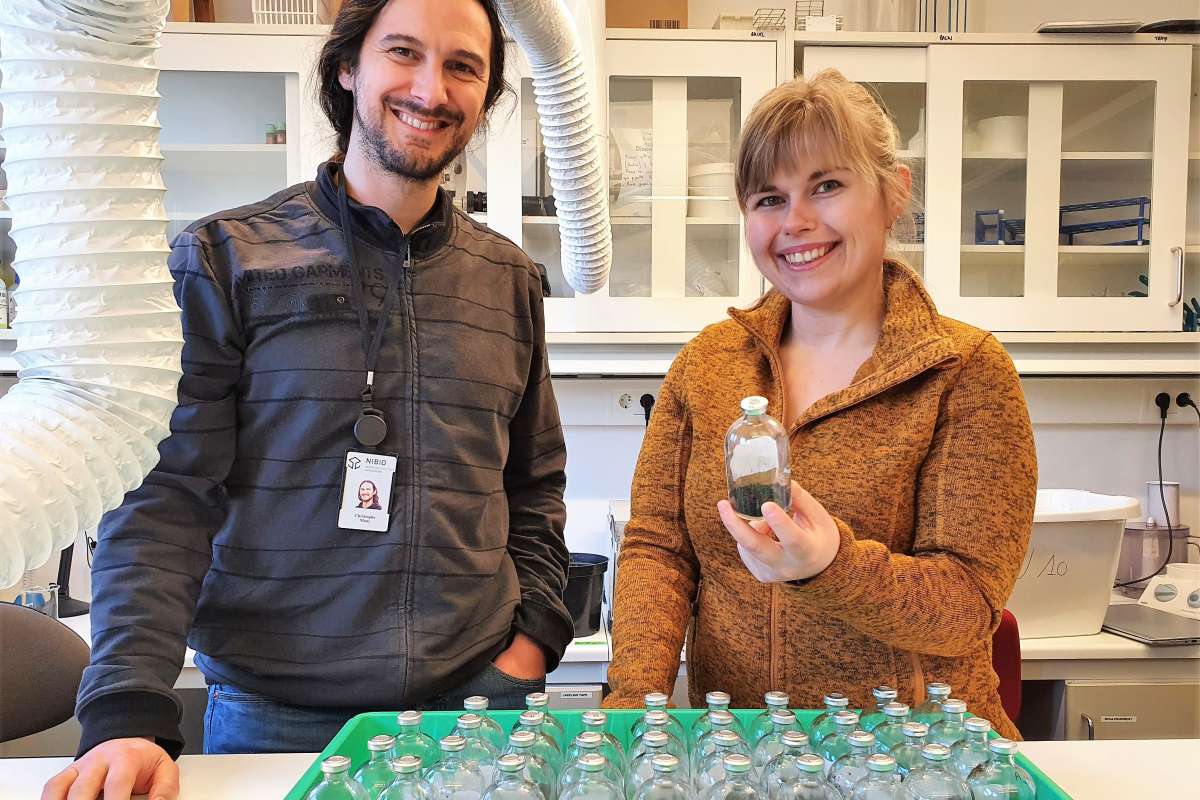 Agricultural production practices can have negative impacts on soil quality, environmental and food safety. Now an international team of scientists aim to develop combined solutions to address these concerns.

Harvested forest area in Europe did not increase abruptly

In July 2020 Nature published some surprising results showing an abrupt increase in harvested forest area in Europe. A new study provides empirical insights into where the Nature-study went wrong. 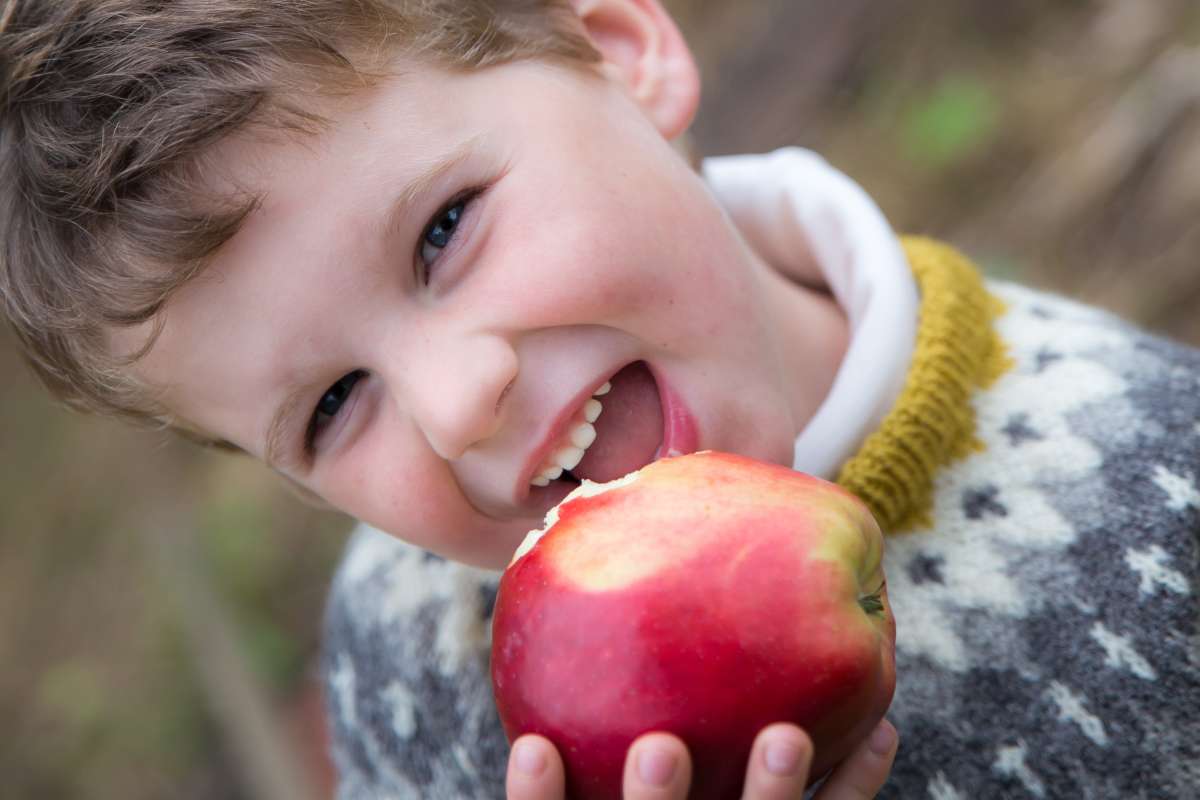 The sense of apples as part of cultural identity

When growing up by a fjord on the south-western coastline of Norway, the growing of fruit is for many people part of their common heritage. The landscape, soil and seasons lay the foundation for fruitful harvests. 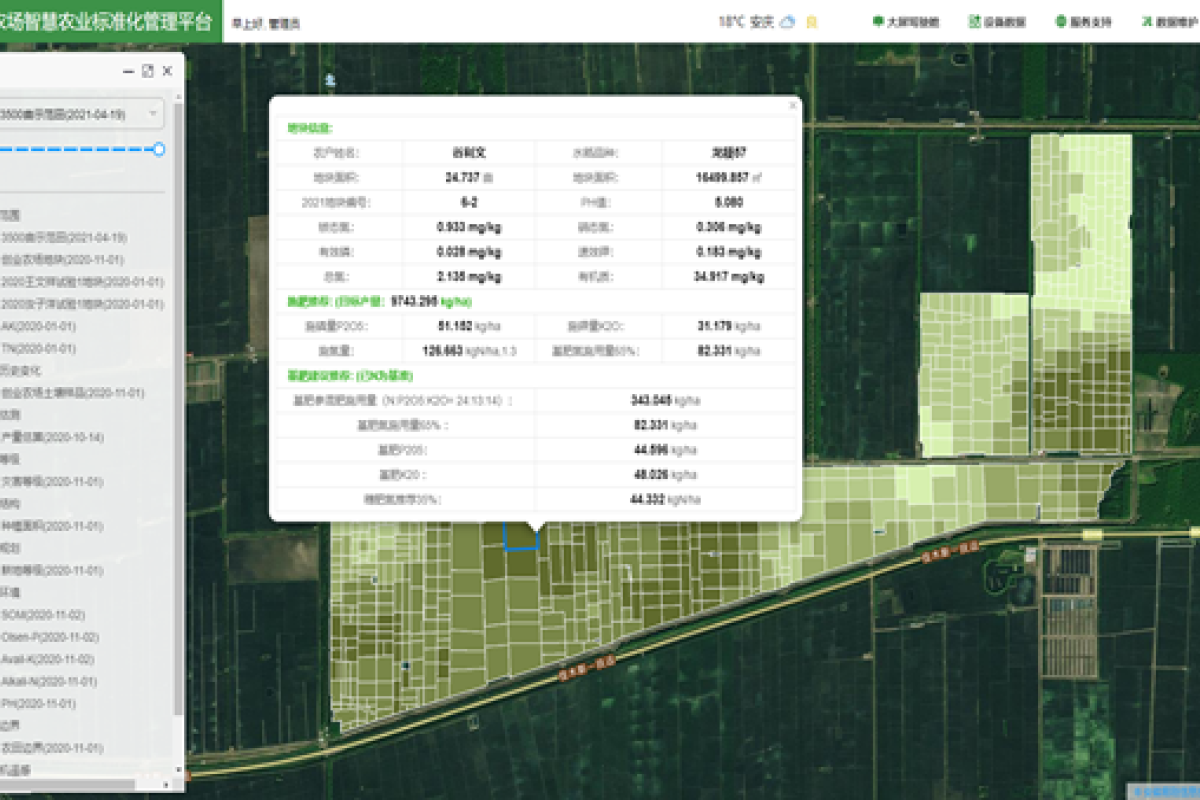